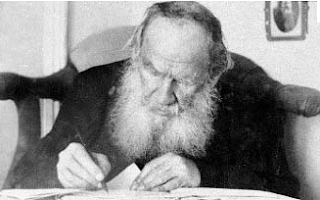 I sometimes want to write. Writing tries to make sense of the intractable, the Sisyphean stone of despair. People say that you have to write exactly what you know. I wish I could write about Jewish settlers in the West Bank, but I cannot. Their conflicts, mirroring wider confrontation, are in places I can only imagine, their thoughts, feelings and interactions with their neighbours is a closed book. Perhaps for me whatever flowed from my mind would pour forth as a dreary tangle of sadness and pretence, of narcissistic longing, absurdity, inferiority and provincial pomposity, sentimental education and anachronistic ideals, repressed traumas, resignation and helplessness.

Which brings me to a discovery. Amoz Oz's deeply personal 2004 memoir, “A Tale of Love and Darkness”, thought to be the biggest-selling literary work in Israeli history, is an exploration of why his mother killed herself, and the effect on him, a sensitive, intelligent boy growing up in Jerusalem during the last years of the British mandate and the war of independence which laid the groundwork for what became known as the ‘Yawm al Nakhbah’, the ‘Day of Catastrophe’.  Oz reveals a huge talent for the big narrative picture, for character portraits worthy of Wilkie Collins and a fusion of history and personal life.

I wish I had something like this to write about - a memoir capturing the grand sweep of life and history - the longer we live the more the taglines of the past find shape and root in our lives and how as time goes on, the timeline clears like mist as we realise the debt of gratitude we owe to those who have sharpened and crystallised our own thinking. Perhaps it's not very correct to admit to being a nonconformist at heart. A nonconformism not based on rebellion which seeks to overthrow a status quo which is cramped and irksome, but a rebellion of the heart which recognises seeds sown decades ago which have formed themselves into thoughts and actions which now shape who we are. Memoirs stripped of politically correct platitudes which muddle thinking and allow dangerous compromise to displace whatever stability we might have had.