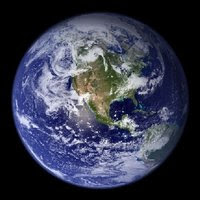 The prevailing attitude implicit in the film is the implication that scientific consensus is somehow equivalent to scientific fact (well, that and the causal relationship between correlated data sets.)
Which brought me to some thoughts about the inexactitude of prediction. Reading "Black Swans", it becomes apparent that we're quite simply unable to predict anything very much with measurable accuracy, from stock market crashes to the population of Romania in 2020.

Are there certainties of faith? Perhaps not, then. So, Conference or not, outcomes at Lambeth are unlikely to be as predicted. Perhaps.

The world is chaotic. That's the way it is. Live with it. Schrodinger's cat did. Probably.
Left here by Unknown on Thursday, July 24, 2008 No comments:

Rowan and the Lion 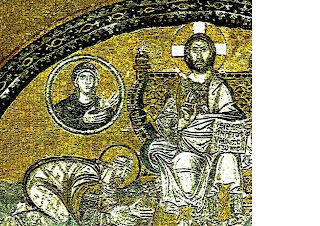 I wouldn't fancy ++Rowan's job for all the coffee in Brazil. He's holding two pairs to a flush at the outside, so whichever way the cards fall, he's gonna bust. Or, is he? Knowing that one cannot predict the unpredictable, like the outcome of solemn conclave or oil prices, agreement might be a safer bet. Unlike Pater Benedict, however, ++R has no authority outside his own See, he is simply 'primus inter pares'. It's comforting to reflect, however, that this is one of the better models of the early church, the one before the Bishops of Rome declared themselves to hold Imperial Authority. And not all bishops agreed to run with it for at least six hundred years after Leo VI gave himself the top job. Poor Rowan frequently makes a lot of sense if you bother to read what he has actually said or written instead of the usual claptrap the Press trots out, most of whom are neither interested enough nor sufficiently knowledgeable to gather correct information.

Given the thorny theological issues under discussion, one might have expected rather more press coverage - but it might be a bit off-scale for the luvvies, or the infidel Joe Public doesn't really care.

At least the Conference is getting some important issues discussed. Whether the Church outside the UK, Europe and the Americas will agree on all of them is a matter for God. I have a feeling that they will not.

I remember seeing this beautiful mosaic. Over the Imperial Gate, Leo VI, the Wise (886-912), is shown prostrated at the feet of Christ with medallions of the Virgin and an Archangel above. The Archangel no doubt symbolizes the belief that Aya Sofia was built with divine aid while angels watched.

Barack. People have threatened to leave the US if McCain gets in. Others are beginning, perhaps dimly, to perceive that there's a lot of froth but not a lot of beer in the Obama glass - all hat and no cattle, as they say in Texas. Mindless jingoism undeniably gets votes which will project the senator into the gladiatorial world of realpolitik for which, it seems, he has plenty of taste but not much experience. There is an alternative. Reject the almost inevitable, lowest common denominator of mass-simplisticism and recognise that it might actually be possible to teach a far greater proportion of the population to appreciate the real complexity of social decision-making, thus making participatory democracy a goal that is realistically worth pursuing, rather than merely paying lip-service to it. Were this to become a reality, his life expectancy in the arena might be significantly reduced.
I thought this cartoon interesting. There's more than an echo of Teflon Tony here. Oh, deary me.

The Archbishop seemed to have trouble finding the way out of his own cathedral today, after the preliminaries on the HS debate were concluded. Oh, deary me....Perhaps he wasn't invited to Gene Robinson's picnic...
Left here by Unknown on Monday, July 21, 2008 No comments:

...from every shires ende Of Engelond, to Caunterbury they wende.. 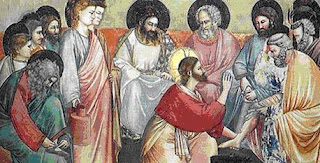 I'm not sure what the collective noun is for a gathering of Bishops... a cacophony, perhaps? As Lambeth approaches and the storm clouds gather, troops are assembled and weapons sharpened in Jerusalem, Putney and elsewhere.

Pascal spoke of a “divine Republic", which, following Philo, he describes simply as a group that “has God only as its master”. The Church as a Body, then, with members, he defines as an assemblage of “thinking” or “willing particulars" who have the “Body” as a whole as their goal for thought. There are two requirements to be a “member” of the Church, he writes: a will and conformity to the body as a whole. So, whether we individually agree that openly gay bishops are allowed to preside, or women bishops allowed to ordain isn't relevant.

Proverbs 15:3 tells us that 'the eyes of the Lord are everywhere, watching the evil and the good', which would seem to be just as well, since the moral authority contained within pronouncements made in Canterbury this week will have a lasting effect on the 'communion of saints'.
Left here by Unknown on Tuesday, July 15, 2008 No comments: 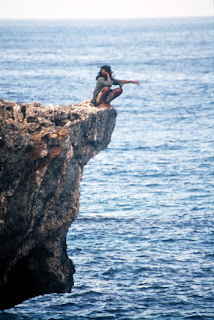 Cliff-jumping in Negril, Western Jamaica, being surreptitiously offered ganja on the 'hip-strip' and learning patois......some of us have a hard life here in Mo' Bay, which seems a long way from the cares of the world right now. Yet, the chill of harsher realities have a habit of making their presence felt. Jamaica has two faces. One, which the tourists see, is colourful, vibrant and over-confident. The other which few tourists get to see, is of a nation lacking in self esteem, young in many aspects of world-scene issues, and daily facing difficult moral choices. A friend had her car stolen by the simple expedient of the thief and accomplice waiting beside her car port and demanding the keys yesterday. The existence of resort hotels which cocoon visitors inside gated, secure environments, buttresses them against the harsher economic realities and consequent civil disobedience in a nation whose primary income is from tourism.

When away, I do like to keep abreast of other issues thus I'm in the middle of reading a history of al-Qaeda, if such exists any more. A friend in Jerusalem found herself uncomfortably close to the recent terror and a child known to her was killed. The authors of mayhem against the West have not gone away, neither are they sleeping. Reading between the lines recently - a subtle pastime when it comes to the McCain/Obama race - American Jewry seems to be getting behind the safer horse. Obama's sense of what is historically relevant translates into a delusion that radical Islamic terror can be pacified solely with financial and diplomatic pressure. You can't see the whites of their eyes, much less curtail their activities by ham-fisted 'westernised' methods. If he doesn't understand this then one fears he might have to learn the hard way.

Back to the present. Negril's cliffs are anything from 35 to 45 ft high, dependent on who one asks. A jump from the highest one is a brief but satisfying adrenalin rush.....When asking ' how deep is the water' the response 'deep enuff, mon' is strangely comforting.