It's strangely comforting when the plug is pulled on the great and the good, especially when they have (or had) a good deal more money than me. World Business News uses words like 'apocalyptic and 'once in a thousand years' to describe the inevitable consequence of mismanagement and greed as Lehman crumbles ignominiously into the dust, while AIG comes up smelling at least of daffodils. The era of the philosopher king on Wall Street might not quite end in bloody revolution, but a frisson of the power of the grim reaper of depression cannot help but have been felt in the wine bars.
Now, where is it going to end? GB i/c GB may not sleep as comfortably as he once did, presiding as he does over brittle economic conditions and personal unpopularity. He hasn't quite got the wasta to blag foreign trips with old mates like Silvio and Cliff, has he.....I wonder if a cold tendril of self-doubt whistles along his spine, as one might imagine the boys at CERN suffering from. They've built the most expensive gun in the universe and hope to see its beginning, if briefly. There is indeed no danger, it takes a good deal more energy than homo sapiens can muster, even with $16bn to create a black hole big enough to cause more than a ripple, Koestler's 'shrug of eternity'
Left here by Unknown on Wednesday, September 17, 2008 No comments: 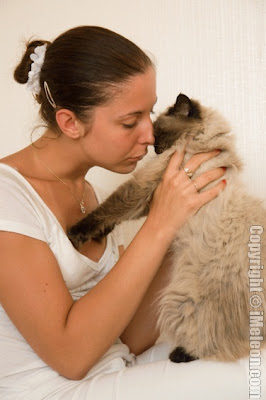 Public display of affection, such as touching, kissing or hugging, is illegal in Dubai and couples -- particularly if not married -- can be detained by police for indecency. Such, it seems was the fate of an intoxicated British couple, spotted on the beach by a doubtlessly jealous indigent, enraged that Ramadan and the law of the land prevented him from doing what comes naturally. Here, any misbehaviour during the Holy Month, which means no more crafty puffs behind the bike sheds, can lead to a 100KD fine, or spending the rest of the month in the slammer, where, no doubt the fast is strictly observed strictly and fornication frowned upon. I wonder whether this offends public decency also...
Left here by Unknown on Wednesday, September 03, 2008 No comments:

I am, it seems, in a cul-de-sac. In the mid 1970's some of us were interested in 'doing church' in new, experimental ways, unafraid to question rigidity, structure, hermeneutics, soteriology and evangelism - in the days when it wasn't synonymous with intolerance; instead looking for valid expressions or paradigms of faith which resonated with us. We learned a bit about narrative theology, although didn't call it that, youthful activism, although misguided sometimes and ill-informed. Community - whatever we thought that this meant - featured in differing ways for us.

The Cathedral was kind enough to give us room and we discovered a measure of transcendence. I now find that people have been doing similar stuff at the turn of the century and beyond and a broad undercurrent of expression has developed, inclusive, catholic, forgiving and active - a teenage brother to our own infant scrawlings. Teenagers are of course troublesome, ill-informed and dislike being challenged, so, we'll see. More of this later. Gimme some thinking time.
Left here by Unknown on Monday, September 01, 2008 No comments: