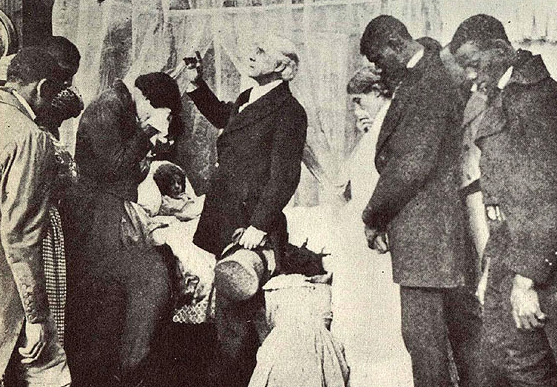 The line between fiction and non- fiction is less finely drawn than we sometimes choose to imagine or care to admit. Fictional characters uniquely clothed in our own numinous imagination take on substance and humanness which we ourselves weave around them. Fictional ideas, attractive and morally consonant, take root as an alternative but believable reality. Sometimes, political writing that claims to be non-fiction is just 'made up stuff', a morality tale, a fable,  yet its political clout is undeniable: “The Protocols of the Elders of Zion” an antisemitic hoax which purported to reveal a plan for world domination by the Jews stoked the fires of European anti-Semitism in the decades before the Holocaust. Indeed, it was studied as factual in German classrooms in the 1930's. The power of the novel, unvarnished by political corruption, pales in comparison. There are exceptions, of course. Harriet Beecher Stowe’s “Uncle Tom’s Cabin” is said to have hardened opposition to slavery; Eva's long, innocent ringlets and Uncle Tom's patient Christianity , steadfast in the face of Simon Legree's bestiality set in motion the war that led to slavery’s abolition. Most novels can't be directly attributed to starting wars but fiction as life imitation is capable of instigating change, since good fiction is a mirror, sometimes deliberately blurred, holding a warped culture up to a more pitiless light than political correctness allows. Fiction can speak out, where bare-faced fact dare not, giving voice to the coerced silence that is a favoured weapon of the powerful.
Last year, while looking after a class for an absent English teacher, I picked up “Things Fall Apart”, Chinua Achebe's response to "Heart of Darkness" where African culture's advanced social institutions and artistic traditions prior to exposure to the juggernaut of white colonialism are contrasted with their subsequent culturally impoverished fate. How infantilising the experience of  such colonialism must have been, how it must have choked off  the adulthood of generations of parents, made children of them, made the coloniser into the adult, the colonised into the children of children. The fact that he chose to write in English was a political statement, an internalised form of resistance.
The current Palestinian narrative has to some extent been shaped by fiction and parallels between, for example, African colonialism and the status of the West Bank can conveniently and totally fictitiously be drawn for political advantage, which the world under the leadership of the UN has so very successfully done. Fictitiously, because there is very little by way of  historical, generational culture to overthrow. Amongst others, Ghassan Kanafani's short stories with their far-left, revolutionary themes shaped a largely fictitious Palestinian story of victimhood whose very simplicity gained it wide acceptance, portraying Israel as a colonising and consequently hateful power, seeking to extirpate all traces of Palestinian identity. Those without the pen resort to the sword, but their infantilisation is no less complete because unless the Palestinians take responsibility for solving their own political problems, made all the more severe by a blockade of religious intransigence, blaming the Jews serves only to perpetuate their own sense of powerlessness.

Left here by Unknown on Saturday, February 21, 2015 No comments: