This is a strange time. Having followed its politics and listened to its heartbeat with the long stethoscope of distance, it is a different and otherworldly experience to be back. I have a job again, which means I rise regularly to a soothingly melodic alarm, the poetry of the city in my ears like a half-remembered song, resonating gently at the back of my mind. 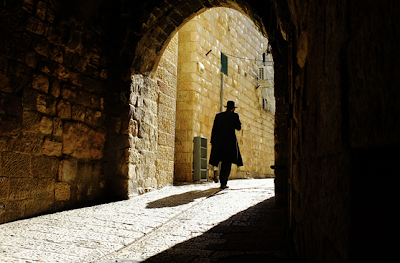 The city is full. Full of contrast, opinion and the suppressed violence of abundant dialectic, the pulse of which is almost palpable, like an adrenalin-fuelled artery, close to the surface. The haredim move uneasily, weak-eyed with study, hurrying past the goyim, the less religious, the reformed and the seculars, as if to touch would be to contaminate, their slight variations in clothing proclaiming their rabbinical allegiances. Young, bright-eyed, confident people laugh and sometimes dance in the streets to the music of whomever is playing there, drink arak and grapefruit juice in the bars, curly black-haired girls shriek at the tram stops. The Old City, eternally patient, throws open her ancient doors to the world, her marbled streets once rough now worn smooth, polished and slippery with pilgrims' sandals, as they follow crosses down the Via Dolorosa. Queues still form at dusk to enter the tiny sanctuary inside the Church of the Holy Sepulchre, guarded by unsmiling, black-cowled Orthodox monks. Tiny, ragged bookshops, exchange and new, are full of welcome and freedom to browse. I buy rather fewer hard copy books these days - the encroachment of technology allows me to buy whatever I need online and read it on an iPad, slim and luminous. Yet, the smell of old books - everything from leather bound volumes on Jewish thought in Hebrew to dog-eared copies of ten-year-old Stephen King novels reminds me of school libraries and the fustiness of long-abandoned rooms. A book caught my eye. It is not often that one chances upon a masterpiece, peeping shyly out between the poetry and travel sections. Not since Brigid Brophy's "By Grand Central Station I Sat Down And Wept" have I been so moved.
This is no Tolstoy, great with pages. Thin with hungry prose, "Yosl Rakover Talks To God" begins with this, found inscribed on the wall of a cellar in Cologne, where some Jews remained hidden for the whole of the war. 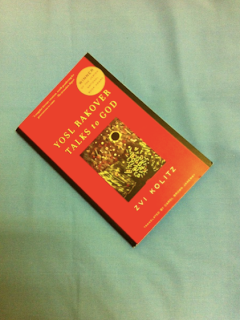 Truly, this is a city of cursed believers, of poets, artists, thinkers and dreamers, pregnant with optimism, rage and fragile hope.

There is no place like it in the world. 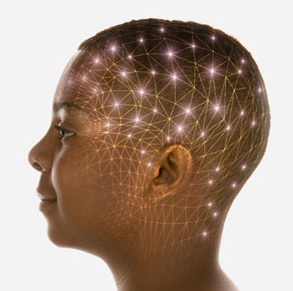 I have quite some time to think these days. Thinking is a process that is frequently non-linear, arbitrary and sometimes causeless. I rely on tools, mostly mathematical and sometimes probabilistic which shape the next part of the thread. Thinking is exhausting, especially when a degree of conscientiousness is required. It has been suggested, erroneously in my view, that ten thousand hours of practice can turn a novice into an expert, irrespective of innate ability.  Building neural pathways to solve specific problems is not enough. Until we learn and appreciate the value of lateral observation, thinking becomes no more than a mechanistic, hence unrewarding activity, which, dopamine-addicted as we all are, is counter-productive. Great teachers are not those who can manage gigantic classes and convey some information. Great teachers ask individuals, who then deduce partial solutions from which greater understanding comes. It comes as no surprise to learn that tutored students do better by a measurably significant amount than those who sit in large classrooms and are lectured along with a large number of others. It takes intense concentration for individuals to engage appropriately with the material in such a setting with little or no feedback. ‘How am I doing?’ is the perennial question, the answer to which is what every student really wants to know.
For these questions, you need to ask someone else the how-am-I-doing part. There aren’t any right answers, just interesting lines of enquiry. For each of them, you have to ask subsidiary questions, the accuracy of which will determine the quality of your final answer.
First, Fermi estimation. This is the process of coming up with estimates of the correct order of magnitude for various real-world quantities often with little or no hard data. Here are a few examples.
1. How much does a cloud weigh?
2. How many people could fit into the Island of Manhattan?
3. How many piano tuners are there in Chicago? [a classic example- I’ll post the standard solution in a comment – you might like to try to compute the uncertainties in the calculation]
4. If the average temperature of the sea were to rise by a degree, then by how much would thermal expansion cause sea levels to rise?
5. How many molecules from Socrates’s last breath are in the room?

Now for some more difficult ones.
6. How do speed cameras work? How accurate are they likely to be? (The basic technique I’m talking about is taking two photos in quick succession.)
7. Why does a mouse survive a big fall when a human doesn’t? (There are many questions similar to this, such as why elephants have thick legs, ants can carry several times their body weight, etc.)
8. Somebody pours you a cup of coffee but you aren’t yet in a position to drink it. You take milk, and the milk provided is cold. You want your coffee as warm as possible. When should you put in the milk: now, or just before you drink it, or some time in between?
9. You are walking from one end of an airport terminal to the other. The airport has several moving walkways, and you need to stop to tie your shoelace. Assuming you want to get to the other end as quickly as possible, is it better to tie your shoelace while you are on a moving walkway or while you are between walkways?
This question comes from a blog post ofTerence Tao
10. You have a collection of suitcases, boxes and bags of various sizes, shapes and degrees of squashiness. You want to pack them all into the boot of a car and it’s not obvious whether you can. What is the best method to use? If you don’t like the idea of suitcases, try thinking about plastic containers of varying sizes and robustness, some with lids and some without. How can they be fitted into the least and most accessible space?

If these kinds of exercises bewilder you, that's fine. A significant part of our time is spent wondering what to do next. Wondering is what we do best. I sometimes wonder in common with the comedian Mark Russell whether  the rings of Saturn are entirely composed of lost airline luggage.
Left here by Unknown on Saturday, October 12, 2013 2 comments:

I haven't written very much in recent times, having recently returned from America and additionally I've been rather preoccupied by an impending move, possibly to a war zone. More of this later, perhaps. By way of divertissement, what if we all sat down with a nice cup of tea and gave thought to the problems in Israel, from a totally different standpoint. So, here's a novel perspective. Forget two states. It hasn't gained any traction up till now and it won't work because, bottom line, the militants want to reclaim the whole lot as part of ummah and the Israelis are having none of it.


A rather radical solution was recently presented as an op-ed in theNew York Times which you'll have to read otherwise none of the rest makes much sense.

How about just one centrally governed state? 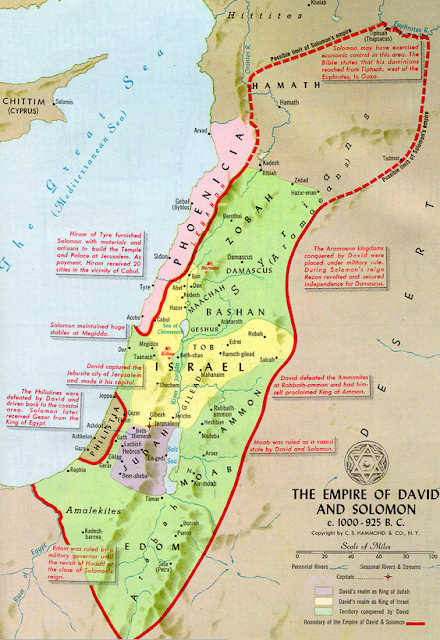 Here's my modest take on it.

From one who holds a chair in political science, Professor Lustick's rhetoric relies on weak argument and logical fallacy. From the start it would seem that he has abandoned any pretence of academic rigour since he's trying to convince us that he might be right through nothing more tangible than a 'good idea' and a few half-baked and irrelevant analogies.

Just for the record, any elementary student of philosophy will have picked up on at least one or two of the following.
1. Appeal to fear + Slippery slope - "The stage will be set for ruthless oppression, mass mobilization, riots, brutality, terror, Jewish and Arab emigration and rising tides of international condemnation of Israel. And faced with growing outrage, America will no longer be able to offer unconditional support for Israel".  Unconditional support? It's like Obamacare, everyone has to have it but nobody can really afford it.
2. Relying on irrelevant authority - "secular Palestinians in Israel and the West Bank could ally with Tel Aviv’s post-Zionists, non-Jewish Russian-speaking immigrants, foreign workers and global-village Israeli entrepreneurs. Anti-nationalist ultra-Orthodox Jews might find common cause with Muslim traditionalists." Well, of course they could. How shortsighted of us not to notice.
3. False dilemma - he's trying to say that it's either one state, or the abyss (the appeal to fear). In fact, just as in the NYT, there's a multitude of opinions and options, not the "do what I say or die" approach Ian Lustick took.

4. Appeal to ignorance – he doesn't bother to prove he's right, he just hopes you can't see past flaky logic. Why can people who comment not quite grasp the idea that this is a religious conflict and any political solution is basically doomed to long-term failure?

It's unfortunate that a new, homegrown kind of terrorism has also begun to surface. The murder of an IDF officer outside his home, bludgeoned to death by people not, it would seem, bankrolled by Hamas or other organised group; instead perpetrated by self-proclaimed activists who act with no authority but their own - a behaviour which can only have been learned in the classroom or in the mosque. How Professor Lustick expects reason to prevail under such circumstances defies comprehension. I did agree with one short phrase which will make quite a passable sound-bite when Ian Lustick is fawned upon by a sycophantic and largely ignorant media. He said “peacemaking and democratic state building require blood and magic”. Quite so. But, in what proportion?
Left here by Unknown on Friday, October 11, 2013 4 comments: