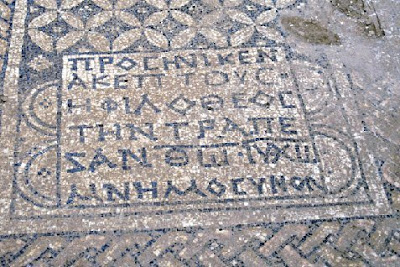 Haven't been here in a while. We're not quite done with the battle for hearts and minds just yet across the water. With doom-laden prophecies about Obama the appeaser, McCain the war hero-not, and Sarah P who has the gift given at Pentecost, together with apocalyptic financial meltdown, one might be tempted to simply bury one's head in the sand and wait dispiritedly for the end. Wearisome, isn't it. What you see is almost invariably not what you get.

Image consultancy, also known as legalised political hypocrisy, is of course de rigeur. I wonder, did BO hire an image consultant to smack him in the face with a frying pan, thus giving him a pained, almost constipated look; as if being among people who are obviously inferior to him causes him actual physical discomfort? Being surrounded by intellectual also-rans must be tedious for the poor man. Perhaps Henry Kissinger might give him a quick tutorial.

It was cheering therefore to listen to Iris DeMent - a gift from Ben via YouTube and to be reminded that whatever winds of fortune blow, some things remain pretty much as they've always been. The folksy, down-home feel, rather like Patsy Cline reminded me of my youth.

I was further cheered to read that a Christian church has been discovered on the site of an Israeli prison, up north in Megiddo - the mosaics being in a remarkable state of preservation. Perhaps it was the site of a persecuted church, although advertising on this scale might well have contributed to its destruction. Self-discovery is continuous and during a time when the Church in general was finding out about itself it's comforting to know that the milestone placed in the fourth century has returned to light again, much as it once was. What you saw was once what you got, perhaps.
Left here by Unknown on Thursday, October 23, 2008 No comments:

People in every culture, it would seem, believe in an afterlife of some kind or, at the very least, are fuzzily, comfortably unsure. These are irrational beliefs, undeniably, and seem to result either from religion or or some other mechanism designed to protect us from the terror of inexistence, thus are, perhaps, an inevitable consequence of self-consciousness. We don't know what it's like to experience a lack of sentience or consciousness; we can't imagine what it might feel like to be dead - indeed the contemplation is itself terrifying. In fact, it might not feel like anything - and therein lies the problem.

The common view of death as a great mystery is an emotionally fuelled desire to believe that death isn’t the end of the road. We might cheer mentally with Thelma and Louise, but afterlife belief and subsequent behaviours and attitudes exist it seems to soothe what would otherwise be a psychologically crippling anxiety about the ego’s inexistence. I watched "I, Robot" for the umpteenth time this Eid and was struck by the fact that the only difference between the sentient robot and all the others is that it alone was aware of its own existence and presumably consequent mortality...

We need to know, and therein lies our undoing. From the anonymous 14th century Carthusian monk's mystic work "The Cloud of Unknowing" we find..

'Our intense need to understand will always be a powerful stumbling block to our attempts to reach God in simple love [...] and must always be overcome. For if you do not overcome this need to understand, it will undermine your quest. It will replace the darkness which you have pierced to reach God with clear images of something which, however good, however beautiful, however Godlike, is not God.'

The derision of the anti-intellectual over such mystic posturing is well known, but where is the intellect after oblivion comes?

After a while, the world becomes tedious, repetitive and samey. (Did I really write that word?) Ramadan for all others apart from the Faithful is irritating and desperately inconvenient, yet working hours are shorter - in some cases almost non-existent - the kids in school are virtually marking time, politely allowing their teachers to waste a little of their valuable time before hometime to rest followed by Iftar, where the gorging begins and traffic becomes more murderous than usual, then playtime till the early hours. Eid is the feast of chocolate, where the morbidly obese are given greater opportunity to become more so, while the poor are fed on the leavings from the tables of the rich. Nothing new here, then. Eid is the reward for all that self-denial, and the blessing of Allah is sought on all the good works undertaken during Ramadan, like the charitable donations to Pakistani madrassas, training youth in the values of Islam. H'm. Eid Mubarak.
Left here by Unknown on Wednesday, October 01, 2008 No comments: