Luddite I am not. If there's a man skipping and hopping, queuing up for the next all-dancing piece of gadgetry, he's behind me in the line. This said, there's no less flamboyant a way to say it. The Apple watch is released today. No, I have not ordered one online. Yes, I have been to the Apple store in Opéra and 'asked'. Am I going to wait for up to two months to get one? Um, on balance, no. 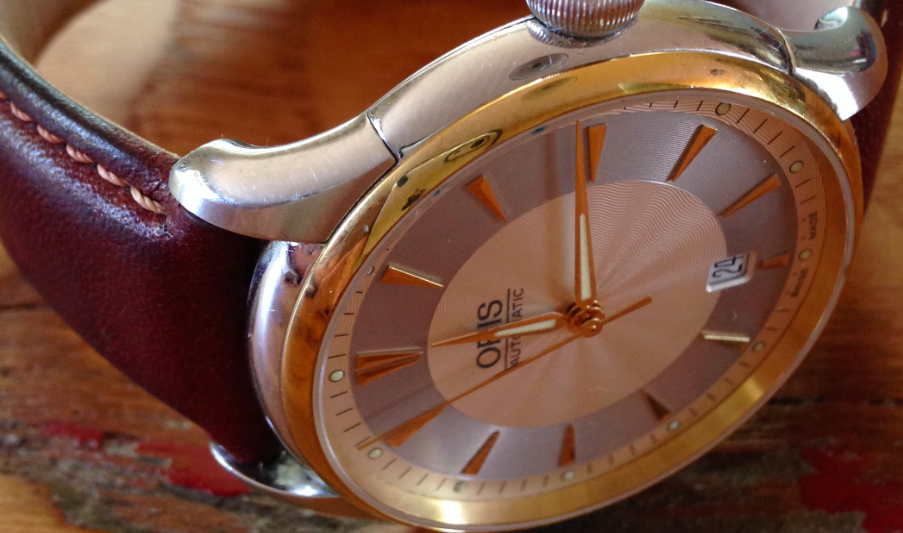 I like discreet, well-made objects. Not uncommon, which is why there are queues outside Louis Vuitton. I have expensively understated wee trinkets that I write with, amongst other things and every time I reach for one, I both hate myself for succumbing to high end advertisement and love the feel of a well-made artefact which actually does something useful. Ownership of such objects make us feel that we are important, more important than we actually are. Statesmen sign treaties with black and gold writing instruments - not ballpoint pens - I write shopping reminders, but the act of twisting that little cap a quarter turn reassures me that I too am about to perform an action which is affirmative and, for me, life changing, in the sense that whatever is listed determines what I eat, wear or even read. 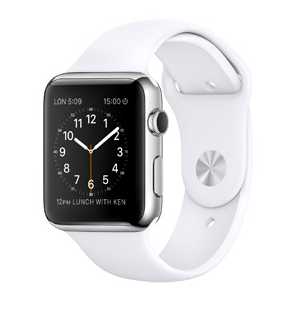 How drearily trivial. So why am I so tediously old-school - I do rather like the phrase - why am I prepared to resist the blandishments of the advertising behemoth that is Apple and at which I have been remarkably unsuccessful in the past? Put another way, why do I prefer the quiet, efficient ticking of a beautifully made mechanical watch, a single, tiny precession every quarter of a second, when I could have something from Star Trek on my wrist? Because I don't think it would do me any good. I keep my iPhone in a small pouch, not necessarily to protect it from wear and tear in my pocket, but just to make it that little bit less easy to get out and do any one of a million somethings with, most of which are nothing more than random noise masquerading as entertainment. Watches are deeply personal pieces of functional jewellery and the fact that mine only performs one function very well is part of its attraction. Also, the Apple device is battery powered and vibrating quartz ain't so chic to folk of my generation. To save battery life, the watch goes dark when it 'thinks you’re not looking at it'. I find that quite scary. To turn it back on, you have to shake the device with enough momentum to, in Apple’s words, “Activate on Wrist Raise", put another way, a spastic jolting gets the thing going again which doesn't look good in meetings. In other words, develop a whole new, somewhat counterintuitive gesture to make the thing do what it was designed for when a real watch requires nothing more than a discreet downwards glance and a raised cuff. In any event, an iWatch can't 'beam me up' anywhere. Yet.
Left here by Unknown on Friday, April 24, 2015 No comments:

There's going to be a blood moon this Passover. I'm not really a numbers junkie - contrary to popular belief and I'm amused therefore by the flood of conspiracy theorists, amateur prophets and other assorted apocalyptically inclined savants who claim to attach meaning to so-called "blood moons", in particular in groups of four, occurring on four High Holy Days or Jewish festivals.  These sporadic yet predictable sets of four closely timed eclipses, called tetrads, depend on a precise alignment of the sun, Earth, and moon. (To visualise an eclipse, imagine you're standing on the moon watching the earth pass in front of the sun). In case people haven't been paying attention, this Passover coincides with  the third of four of these "blood moons" - which NASA labels as the phenomenon of four full lunar eclipses in two years. The first was on Passover last year, the second on Succot last year and the final one is on Succot this September.

This particular tetrad is unusual, as all four of its eclipses are total, this one, unfortunately, only visible early Saturday morning from central Australia across the Pacific region perhaps as far as Hawaii.  During more common partial or penumbral eclipses, only the earlier, less-cool stages of the eclipse occur — there is no total blockage of the moon, and no eerie red glow, caused by Rayleigh or inelastic scattering which we can explain as follows. As white light passes through the atmosphere, shorter or bluish wavelengths are scattered from excited nitrogen and oxygen molecules and are lost in space. Longer wavelengths are more likely to make it through without being scattered and arrive at the moon. Since red light has the longest wavelength, so the moon ends up looking red - the same reason sunrises and sunsets look red - the more white light is filtered through our atmosphere, the redder it gets. When the sun, Earth, and moon are aligned perfectly, not all of the sun's light will be completely blocked out by Earth, some will pass through Earth's atmosphere and then hit the moon.

Of the eight blood moon tetrads since the time of Christ, Israel’s War of Independence and the Six Day War both occurred during these periods, which is why some people are casting around for meaning, particularly in light of the Jewish belief that blood moons are 'a sign to Israel'.  The Internet is littered with candidates, so if you're interested all kinds of possible historical attributions can be found, including juxtapositions of the 'sign to the nations' of a solar eclipse somewhere in the cycle.

Much as it may seem otherwise, I'm neither a scoffer nor a convert to any particular theory, so,  in conclusion, I'll leave you with this. “And God said 'let there be lights in the heaven’s firmament, to separate between day and night, and they will be for signs, and for festivals, and for days, and years.'”  (Genesis 1:14)

As it happens, the 21st century as a whole will see eight tetrads - an unusually high number, so perhaps the best plan is just to wait and see...

I am a political disconnect. I watch, not even observing, mostly, since this would require the investment of too much emotional energy, focus and dedication. I wonder if politicians ever ask themselves fundamental questions like 'who is listening to me?' Perhaps they don't because if they did, there'd be a resoundingly empty chorus of 'nobody', thus damaging those frail, narcissistic egos beyond repair. When they don't write about politics; instead write about things they know about, sometimes the results are startlingly, refreshingly brightly coloured. Identifying the man with the portfolio is a common, understandable error, juxtaposing fatuous pronouncements he might make with a quite unjustified ad hominem mindset about him. If he delivers a lot of pompous drivel in his public persona, one might be forgiven for concluding the man's a total fathead and should be shunted offstage where he can do no harm. This, I confess, is how I felt about Michael Gove, who took the wooden spoon, preferably sideways up his sanctimonious bottom, for being the most arrogant little tick ever to hold a Government portfolio. He wrote a recent article in The Spectator which effected a paradigm shift of ecliptic proportions in the way that I viewed him. He can write. Extraordinarily well. And, with passion, persuasion and, dare it be said, transparency, so very different to how I had seen him previously. My thoughts returned to the perceived disconnect between the electorate and the politicians in the run up to a general election in the UK. I thought of my disgust at yet another expenses scandal and a government of carpetbaggers so arrogant they can’t be bothered to tell me how they’re going to strip the state down to gristle and bone if they win another term in office, or how they're going to stand up to ISIS without the Muslim community screaming Islamophobia at them, or any number of empty, vacuous and self-serving promises that they have no more intention of keeping than the Iranians have of keeping their word about nuclear proliferation.


Who do people listen to? Perhaps they listen to the writers, the prophets without portfolio. I read the other day that crime writers tend to be leftist and thriller writers are on the right. And, there's a grain of truth in that. Crime novel heroes are often societal sideliners, dipping their toes edgily into dark, socially murky waters, where the crackheads live, whereas the thriller heroes are on the side of right, might and the maintenance of the status quo. The writer's view is in part a mirror on the world as he sees it so his own perspective slips unbidden into the narrative. As long as he's not a politician as well, in which case, we have no choice but to enjoy what he writes and howl and jeer whenever he opens his mouth.
Left here by Unknown on Thursday, April 02, 2015 No comments: